There's room for more of us at the top 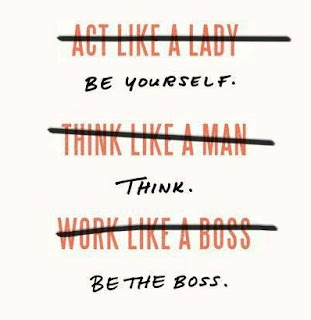 It is said that one night that Michelle and Barack Obama went out for dinner, the owner of the restaurant they attended asked their bodyguard to let him meet the first lady. He acceded and they talked for a while; when the man left, Barack asked her who he was and why he wanted to talk to her. She told him that the owner had been her boyfriend when she was young. The president found it very funny; <<Then -he claimed- if you had married him instead of me, you would be this restaurant's owner nowadays!>>. Michelle rapidly answered: <<No honey, if I had married that man, he would be president of the USA nowadays>>.
This anecdote suddenly became famous, triggering a huge number of debates online and leading lots of headlines, accompanied with phrases such as "The other side of the G-8 Summit" or "Michelle Obama, the president-maker". Nevertheless, the most significant one to me was, "Behind every great man there is a great woman".


This expression is deceptive: although it seems to put women at the same level as men and empower them, what it really does is to push them into the background, one step behind the male collective. It literally means that women's place, as human beings, is behind men, not next to them as equals.
Before being the first lady, Michelle was also deep into politics, leading the Planning and Development Department in the government of Chicago, but she had to abandon her political career so that her husband could develop himself professionally. It is hard to believe that Barack was actually her intern when they met, and he has reached a higher position than her. Michelle Obama's story is the same as many women’s: the story of women with vision, talent and vocation for the government of human societies who can't reach their goals.
These women are victims of a stupid discrimination caused by the fact that they have virtues which are applauded in men: a man who has initiative he is a leader, but a woman who has it is bossy; if a man takes measures against something he has character, but if a woman does it she is on her period. Any woman who stands out in the world of politics is attacked (physically or verbally) because of incoherent gender roles.
I'll talk about numbers now, due to the fact that it is the only way to make unaware people see that sexism EXISTS and make them analyze their surroundings. According to studies made by UN Women (http://www.unwomen.org/en), we can only find 13 countries out of 200 whose government is led by women, and there are only 11 who are actual presidents. We can also say that, although the number of women in parliaments has been doubled, they just constitute a 22%. Another surprising fact is that the country where there are more female members in this institution isn't in Europe but in Africa: I'm talking about Rwanda where women have obtained the 63'8% of the seats. That is a proof that us, the Europeans, are not as advanced in this subject as we think we are.
There aren't any laws in democratic countries that ban female participation in politics, but the reality is that when we take a look at the upper managers in any discipline, they are headed by men. ELLE magazine decided to do something in that regard initiating the More Women campaign, headed by a great video (click here to watch it:  http://www.elle.es/lo-mas-elle/ocio/mas-mujeres-elle-uk). "There's room for more of us at the top" proclaims the British edition with the hashtags #MoreWomen and #ELLEFeminism.
I think a lot about misogyny in politics, trying to find where it comes from: do they hate us because we have vaginas or because we have ideas? How is this world going to move forward to peace if we are oppressing our equals? There is one clear thing: if humanity wants to fly, it requires two hard-working wings, both genders, and the global awareness that women's values and capacities can change the world, and we will.
Marina León Jiménez,collaborator of the Aequitas25 group 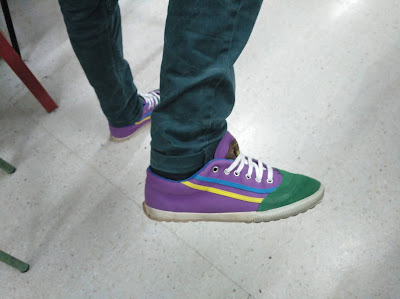